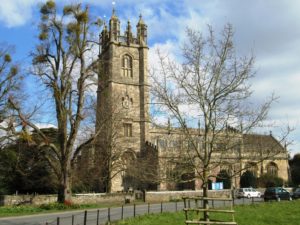 The Parish Church of St Mary in Thornbury, South Gloucestershire is located next to Thornbury Castle.  A Norman Church was said to have stood on the site from as early as 1106.  The present chancel was built around 1340.  See the Church’s own website

Whilst we have not yet attempted to write anything about the history of the Church, we have lists of early parish records, information about the memorial inscriptions, both inside and outside the Church, the Vicarage and the various ministers:

Lists of baptisms, marriages and burials from 1550 to 1820 can be found on the Menu Bar under ‘Parish Records’.

In 2006 we were given various type-written lists of monumental inscriptions taken at St Mary’s Church in Thornbury which had been used for many years to help those interested in local history and genealogy to research their roots. These included:

We were impressed by the hard work of these people and knew that many visitors to Thornbury had made use of the lists.  This is our attempt to make their work more widely available.  We have tried to rationalise these lists, checking for accuracy where possible.  We have separate lists for the inscriptions on the memorials and tombstones inside the Church and those on tombstones in the Churchyard.   Click links below to read the inscriptions: 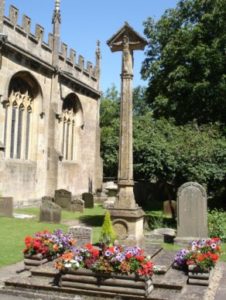 There also separate pages, with photos, of the bell ringers’s boards which are hung in the Church and the charitable bequests boards which was hung on a wall in the Choir Vestry at the western end of the Church.

VICARS and THE VICARAGE

We have a number of separate pages with details of the Vicars.  One is a simple list of the incumbents copied from the board hung in the western end of the Church.  This board covers the incumbents of the church since 1571 to the modern day.  Click here to see this list.

Please note that there is a second list of the vicars which is also hanging in the church.  This is a framed decorative list which begins with the very earliest vicars.   This appears on our page about the Vicars of Thornbury up to 1602.  We have also compiled four pages of further information about the Vicars.

The present Vicarage is a new building constructed and dedicated in 1997.   The previous vicarage was sold and became a private house.  Read more about that property

Anyone researching their family history may find it useful to check out our web pages about other Churches and Chapels in Thornbury (see the menu bar above) and for Thornbury Cemetery.